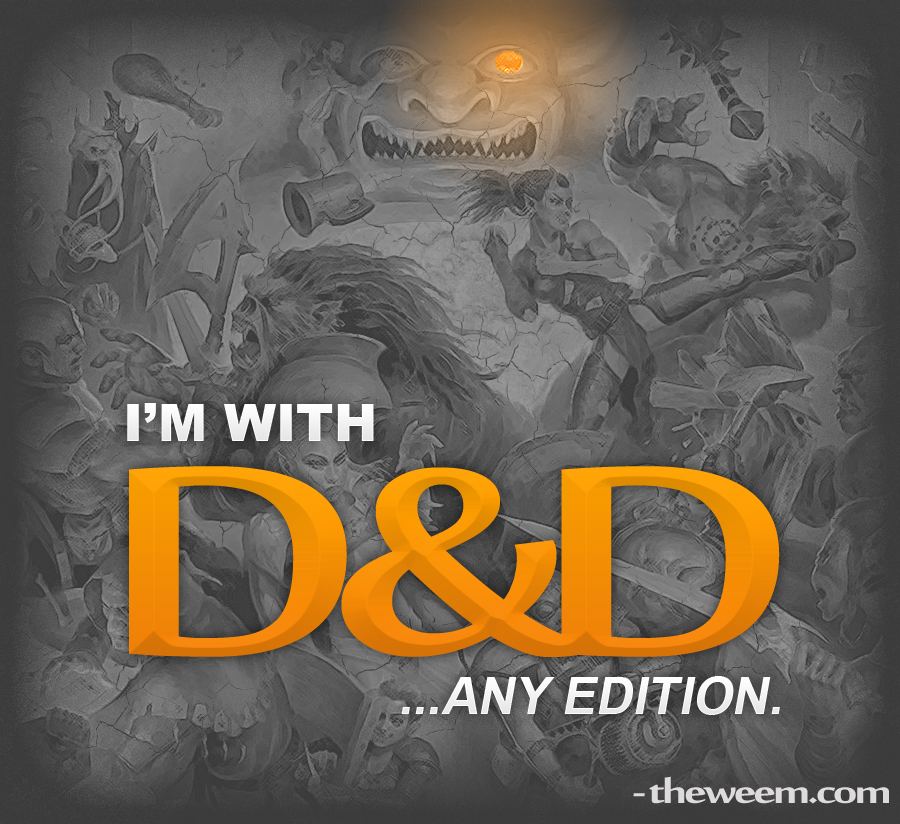 Wizards announced D&D Next about a month and a half ago now, back on Monday 09 January 2012. The Gamer Assembly has been keeping track of some of the reactions throughout the blogosphere. The fever has kicked up a notch with the various invitation-only playtests out there.

This happened with the 3.5-to-4e transition as well, but it feels more pronounced this time. Maybe all the companies hooked to the 3.5 OGL refused to let that edition go since they had so much in the pipeline. Maybe it's much more pronounced to me since I've been curating the Weekly Assembly and actively gathering gaming links. Maybe it's the "I'd much rather write about stuff under NDA so I'm not interested in writing about 4e" attitude for those who have participated in the D&D Next playtest.

Maybe that's not so bad. Wizards admitted they messed up with many aspects of 4e. There are a few revisions within 4e if you count Essentials and the new monster math that came out with Monster Manual 3, and each have their advocates. From what I've heard from friends more connected than I and from the Legends and Lore column on the Wizards site, I think they're trying to address these issues, and they're doing it in a much more public and fan-accessible way.

I had a post in my head all lined up about how Next needs to streamline and pare down to a real startup mentality, where Discovery and Creation rule the day and to the Abyss with the baggage of past editions. I may still write that up and argue for Wizards getting investors and startup capital to free themselves from the corporate mindset of Hasbro. But that's a fight for a different day.

I'd rather say this: 4e is still out there. People still play it, or Gamma World, and Gamer Assembly is working on a 4e Modern hack. 4e does some things absolutely right, and it missed the boat on other things. It's different, but that's OK.

The point is, 4e is still here and that's not going to change. We can't unmake an edition no matter how hard some people wish for it. The gaming industry landscape has a new shape because of 4e's influence. Let's examine where we are and figure out which edges of the map haven't been explored yet.

Above all, keep writing. Keep dreaming new things up. Keep communicating. Industries are built on communication, doubly so with tabletop RPGs.

It'll be a while before the Next open playtest comes out. Let's not kill the conversation as we lock ourselves in our rooms to wait for it, OK?

Thanks for reading!
Email ThisBlogThis!Share to TwitterShare to FacebookShare to Pinterest
Filed under: gaming community