This red pen features a worn and stained platinum nib, an impossibly comfortable ribbed grip, and a translucent red handle that glows faintly. It will only write in red ink, but that ink will change to match the document's as needed. It radiates transmutation magic. 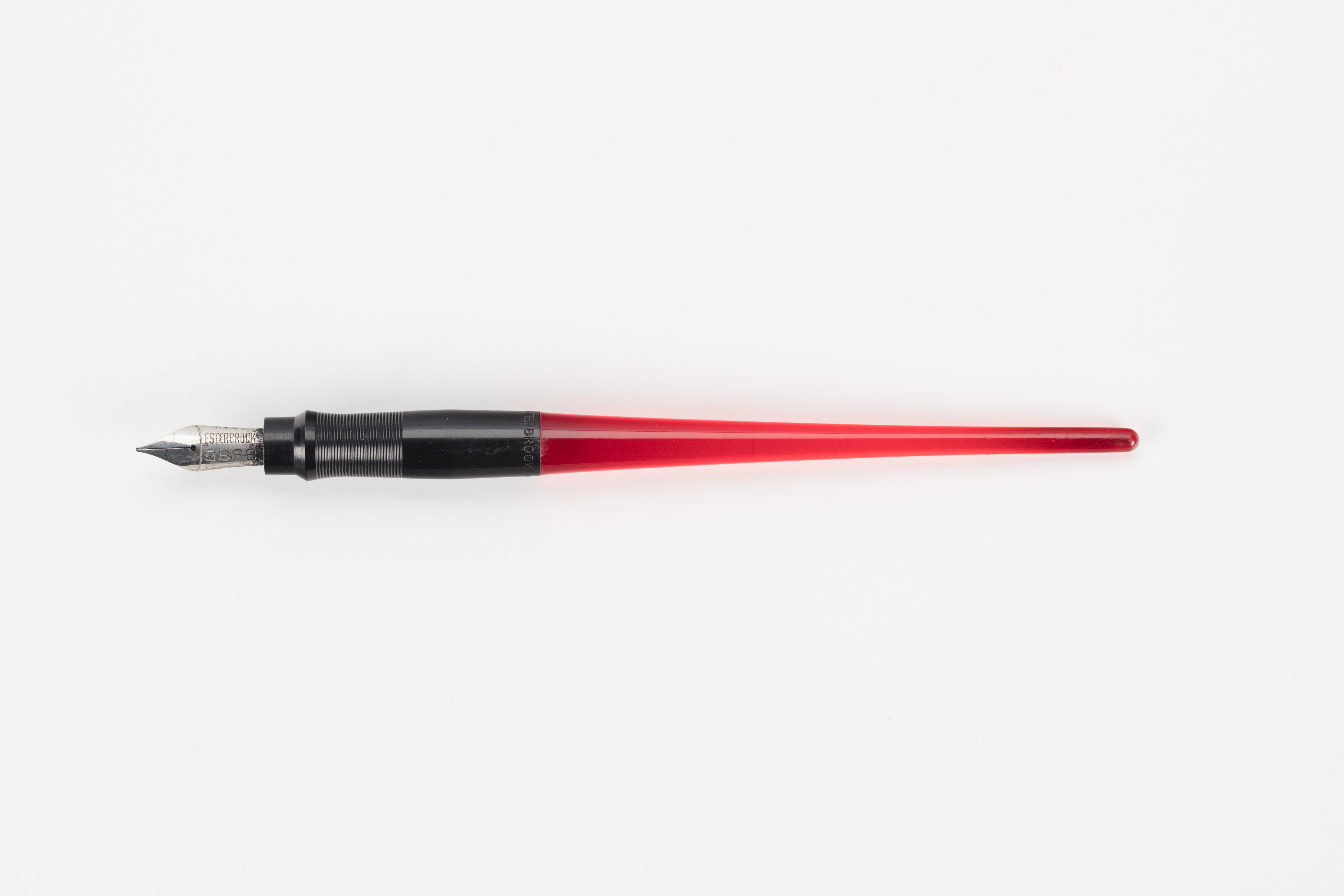 Tapecutter exists to remove bureaucratic impediments for the wielder. Unfortunately, the imp spirit bound inside the pen takes whatever liberties it can to entertain itself by enraging everyone around it.

When used to fill in a bureaucratic form of any type or write anything with the intention to deceive, including inn registers and personal letters, it will create a technically perfect and believable forgery to the user's specifications. Almost.

Whenever Tapecutter uses its forgery ability, it alters words after proofreading to cause problems for its wielder. Sometimes it will inflate noble titles or rank to ridiculous levels, or it will alter names to have typos or quoted nicknames, or replace them with something rude. Sometimes it does all three as in the case of the supposed Sherriff of Cliffside, Gorge "Yourself" Onmahdyck. These alterations typically infuriate either the wielder or the person being fooled by the forgery, and on a good day, both.

It can also magically alter existing documents to the user's specifications as needed, again with the infuriating post-proofreading alterations.

In a pinch, Tapecutter can be used as a +1 weapon, but it only does a base of a single point of damage on a hit. The magical bonus rises to +4 against bureaucrats and nobles.

Many have tried to destroy Tapecutter, but it either resists the method of destruction, or it breaks only to reform within a week to plague a new would-be forger.

Prompt: Rage, #4 in the 31-part Dicember 2021 challenge, as created by Brian Bird and promoted by Dyson Logos. Wombat's Dicember 2021 List of Posts. Can you tell I've been banging my head against banks and government forms for the past week?

Email ThisBlogThis!Share to TwitterShare to FacebookShare to Pinterest
Filed under: #Dicember2021